The landscape of Martina Franca 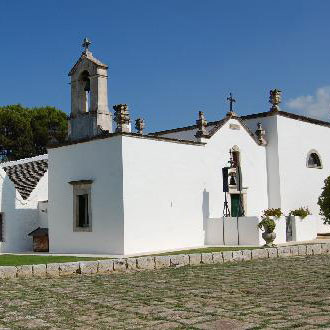 11 Gen The landscape of Martina Franca

Posted at 17:08h in Territory by admin 0 Comments

The “Masserie” stand out in the Murge scenery; they are typical local buildings that largely developed in the period when the economy turned from medieval into modern (17th century). It is the historical period when the rural production organizations change and, as a consequence, also the relations between owners and workers: hence the “Masserie” represent the hub of the economic system where work, mainly based on stock rearing, is organized and carried out. At the end of 19th century, the economic and productive system undergoes a further change, owing to production based no more on stock rearing, but on grape producing: the “Masseria” becomes then a structure meant not only for production , but also for the safeguard and protection of the property. This implies its fortification, to make it safer from external attacks.

In the outskirts of Martina Franca there is the largest concentration of trulli: a fairy, charming scenario. It is made up of lowlands and hills, karst hillocks and ups and downs. Orchards, olive-groves and vineyards are the main production; wines such as “ Bianco Martina” and “ Bianco doc Locorotondo” are produced here.
A galaxy of colours from the green of oak woods of centuries old olive trees and of vineyards to the white colour of trulli and masserie and to the “red earth” of the soil.The landscape is unique and represents the wise integration among the anthropical, natural and physical features of the land. Man’s activities ( both farming and settling) have been shaped to suit the structure of the territory, complying with the roughness of the karst ground and enhancing its opportunities.
Many small size fields, separated by dry stone walls, make up the agricultural landscape around the town.